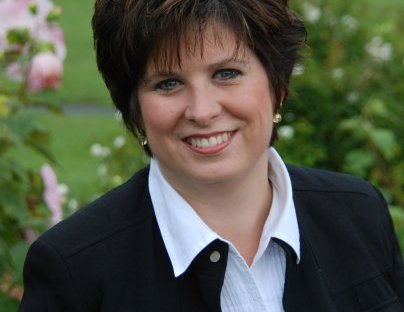 The orders came that the first duty station my son would be stationed at would be Schofield Barrack in Hawaii.  Yes, sunshine, beaches, water sports, and perfect weather all of the time, yet all I could think of was how many miles it was from family. How do you mentally prepare for your only child being so far from home?   I didn’t even know there was an Army base in Hawaii! The paperwork said three years, but in my mind, it was forever.

After a week at home, the day came to drive him to the airport.  A stop to say goodbye to his grandfather on the way to the airport and I wanted to be brave; I wanted to bury my emotion, but the tears came.  As I kissed his cheek at the airport, I hugged my son and held on so tightly knowing that when I let go, I would no longer be there to care for him and protect him, he was a man.  He was carving out his own life, his own legacy, and what mark would he leave on this world?

Who are the Blue Star Mothers?

My experience is not uncommon. As Blue Star Mothers, we may become accustomed to this scenario, but it’s never easy.  The sadness we feel in each goodbye is rivaled only by the pride we have in our children for serving their country. It’s because of this pride that we strive to honor the service of our children. Blue Star Mothers of America, Inc. is a non-political organization of mothers, step-mothers, and grandmothers of active duty and veteran service members. In 1960, the Blue Star Mothers was officially chartered as a Veteran’s Organization.  Our mission is to support active duty service members, promote patriotism, and aid Veteran’s associations.

In 1917 Captain Robert L. Queisser of the 5th Ohio Infantry designed the banner to honor his two sons where were deployed by the Army. During World War II, the Department of War set official guidelines for displaying the banner, which were later confirmed by an act of Congress in 1966.

Family members of those serving in the U.S. Armed Forces continue this tradition of honoring the service of their loved ones by displaying the banner in the front window of their home.

Guidelines for appropriate display include:

For over 30 years I have operated a small business with two divisions. Cooper Sign Company and Old Glory Flag allow me to be creative and help my customers with their corporate image and branding needs. My ongoing goal is to work with my employees to create a team that will give our customers an exceptional experience and continue my work supporting military families at home and abroad.